Eeep! I guess promising to blog every week while on a whirlwind European travel bonanza was a bit of a stretch. How about at least once a month? That way I won't be making promises I can't keep. Since I started writing this blog on Dec. 10th I have been to Barcelona, Amsterdam and now I'm back in London. I thought I would have more free time in Barcelona to chill out and write but it was so nice and warm there I decided to do the tourist thing instead! I will post more about Barcelona and Amsterdam in the next blog post. For now I should just get this one up, it's a long one anyway. Here is what I started writing on the 10th...

I am writing this blog from the airplane on my way from Berlin to Barcelona. I know I promised to blog weekly but that seems to be more of a challenge than I imagined. Partly because I have been busy in my travels and adventures but I have to admit its mostly because I didn't feel I had anything relevant to write until now. Of course I do have a ton of photos from the past 3 weeks of sightseeing and visiting with friends but this blog is primarily focused on my photography and I hadn't organized a proper shoot until my last weekend in Berlin! Not for lack of trying mind you. I made it my priority in fact to organize at least one shoot while I was there and this proved to be an even bigger challenge than organizing a shoot in LA even! That is saying a lot.

Part of the challenge of course was the weather. I took for granted in my first week in Berlin that the weather would stay as it was in late November. Silly me. Sure it was a bit chilly, especially at night but it was manageable. I thought for sure I could find a model willing to shoot in the location I had selected. I desperately wanted to shoot in an old abandoned Russian war camp. I'm not going to name it because I'm still going to go back in the summer and shoot there. Let me just tell you it's amazing looking inside. I hope it's still there and not totally destroyed (or worse, made into condos!) by the time I go back. Anyway, I spent the first week visiting museums and galleries and doing general tourist stuff. Here are a few photos of my travels around Berlin. If you want to see all my travel photos, you can check out my gallery here: www.helenolds.com/blog/travel-gallery 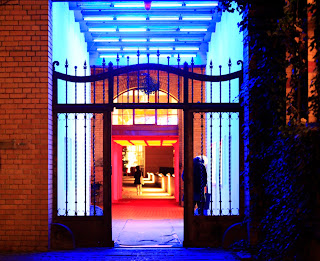 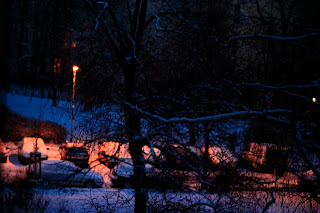 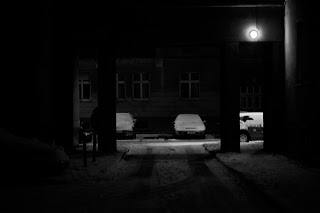 After the first week was up I had an opportunity to go to London for a week to visit friends so I took it. While in London I just ate good food, saw good friends and drank good wine. It was lots of fun but more of a distraction from working so I had to go back to Berlin to continue planning my shoots. Here is a sample of the fun I had in London... 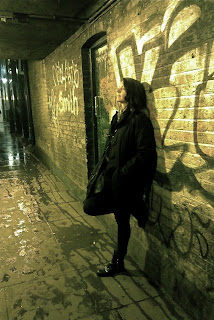 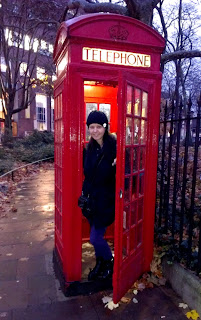 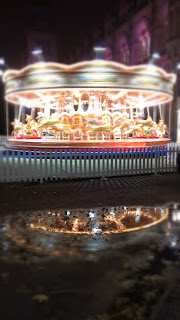 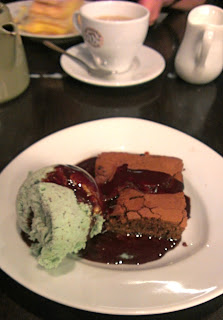 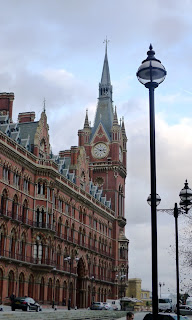 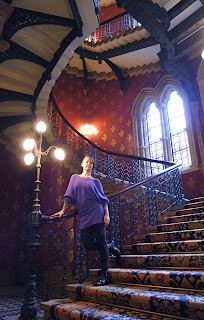 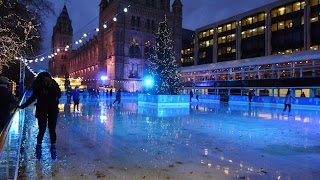 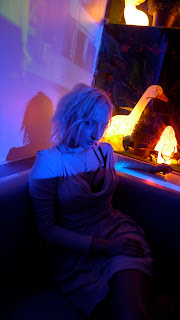 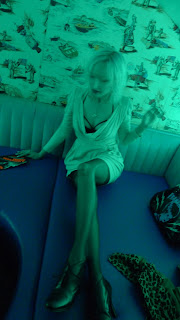 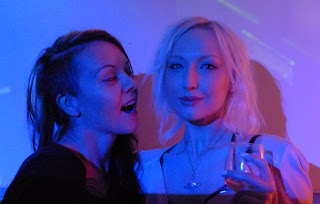 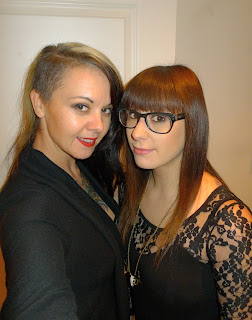 So back to Berlin I went and started my earnest attempt to book shoots. I found a fantastic wardrobe stylist (Roland Brücher) and we started planning. He had suggestions for genius hair and makeup people and I had models from the local agency. I still thought I could shoot on location as long as I rented a mobile makeup/wardrobe van so the models had somewhere warm to escape to for changing and doing makeup. We had a great concept, a beautiful location, such fantastic designer clothing you cannot imagine, and really great, experienced talent coming from the top agencies in Berlin. I was ready to shoot. Prepared. All I needed now was a magazine to give us a commission on the story so the stylist could pull the wardrobe from the designers and showrooms.

Guess what? No response from a single magazine. Nothing. Not a word. I must have emailed dozens of editors, some of whom I have worked with before. I don't know if it's this time of year or what but it was unbearably frustrating. I know I should probably only brag about my successes in this industry but I'd rather be real. I think it will make my blog more interesting if I tell you my experiences from all sides. Yes, I am a relative newcomer to the fashion photography world and the industry is taking its time in recognizing my talent and accepting me into the fold! I know I'm good! Everyone I show my work to tells me I'm good. What I don't have is big campaigns under my belt. That's what the magazines want. The biggest names they can find. This names are still shooting and they are hurting too. Everyone is doing more work for less money. How to compete?

Well I decided to just shoot my projects and not fight with the industry. Shoot what I love. Shoot what inspires me. That way if nothing comes of it at least I love it and love the process of doing it and not trying to conform to fit an existing industry that is all doing things the same way. I have model friends, I am a good stylist myself and I can always find good makeup artists that want to work with me. I decided to do it my way and not worry about magazines or "industry standards" and just have fun. By this time it was snowing and the temperature had dropped down below freezing so shooting outdoors was not an option. So I rented a studio in the heart of Berlin and set to work planning my own shoot.

Keep in mind I had just been to the Helmut Newton exhibition and saw my idol's show (Ellen Von Unwerth) so of course I was inspired by them. I love shooting natural light on location but since that wasn't an option I went for a plain white wall, stark contrast, black and white and somewhat fetish inspired wardrobe. I borrowed some latex clothing from a local shop called Savage Wear and had my designer friend Temper Anthracite lend me a few of her pieces. I found a couple of models on model mayhem, a two makeup artists I knew from facebook and asked my friends who I was staying with if they would pose for me. They are both alternative models on suicidegirls.com who I used to shoot for ages so we had been friends for years. It was all coming together.

I broke the shoot up into two days because of studio availability but it actually worked out great. The first day was more fashion oriented and the second day got a bit edgier. Another friend was in town who is also a photographer so she came along to shoot some behind the scenes photos. Here are a few of her shots from the second day of shooting. You can see more of her work at www.facebook.com/renapix 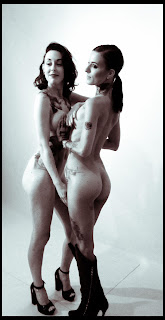 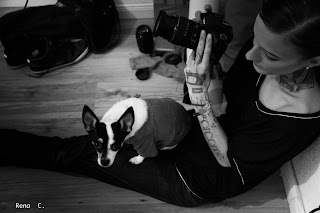 I am a huge fan of out takes so here are a few of my favorites from both days... 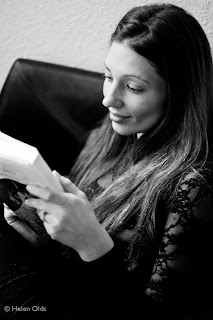 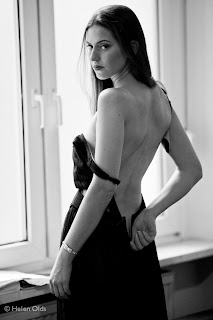 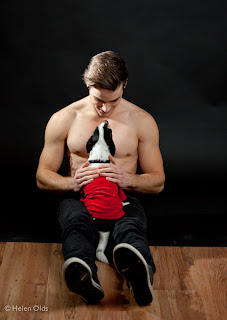 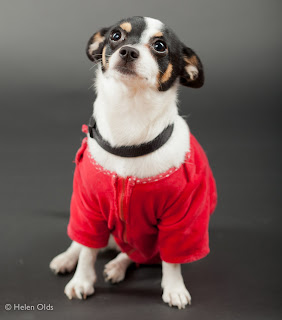 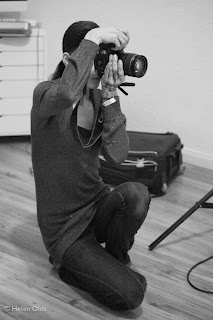 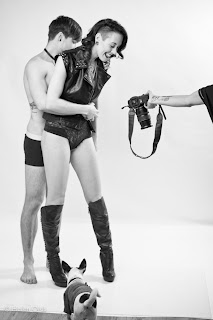 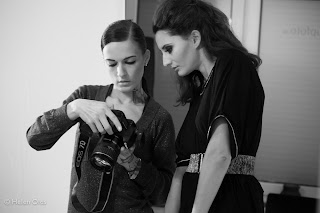 I'm sure you'd like to see the final product of the shoot so I have done a selection of my favorite shot from each model...
It will take me a while to properly edit all the photos and the different outfits. I will do a separate blog with the final shots once I'm finished editing. I have a week of relaxing in Barcelona with not much pressure so I should be able to get it done by next week. I will definitely blog in a week when I leave Barcelona. My next stop is Amsterdam where I am going to try to shoot again so that should be exciting!